The Alarming Resurgence of Crystal Meth 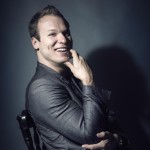 The Unwelcome Return of a Familiar Face

With most news cycles centering on the upcoming election and impending coronavirus crisis, the articles were easy to miss. However, towards the end of 2019, major news outlets ranging from the Wall Street Journal to Vice began commenting on the unwelcome return of a familiar face: methamphetamine. For example, the WSJ pointed to reports from the CDC that overdoses via meth were outpacing fentanyl deaths in states west of the Mississippi. Even more recent data from the CDC shows nationwide meth overdoses increased by 25% compared to a 10% increase in opioid overdoses. And an article in the New York Times quoted Dr. Brett Giroir of the Department for Health and Human Services at a December 2019 conference as saying, “Within a few short months, and you can model it any way you want, methamphetamines will be secondary to fentanyl nationwide associated with overdose deaths.”

Factors Contributing to the Resurgence of Meth

There are a number of factors contributing to meth’s resurgence. First is the potency of the product. The home lab-produced crank of the 80s and 90s is now largely absent. In its place is a purer, stronger, and cheaper drug, born in factories. I remember talking with heroin addicts in Portland and hearing about the “new” meth’s cost-effectiveness in getting a user through to the next fix. Secondly, there are no medications to help with meth overdose or withdrawal. For example, naloxone can combat opiate overdose and buprenorphine and similar drugs can help with withdrawal. However, meth users have no such recourse. Finally, while there are funds available for programs to help with the opiate problem, that funding does not necessarily extend to meth addiction.

Signs of Meth Use

Because of the drug’s high potency, signs of meth use are apparent within days. For example, some of these include:

Longer-term use can often lead to skin sores, rotting teeth, extreme weight loss, and paranoia with hallucinations. Eventually, the drug will prove too strong for the user’s cardiovascular system and lead to aortic ruptures and strokes.

Often, professional help is the best course of action in overcoming meth addiction. Ocean Recovery has been successfully treating substance abuse and eating disorders since 2002. We are a residential treatment facility located in Newport Beach area, California. We offer a holistic, evidence-based approach including individual and group sessions, cognitive and dialectic behavioral therapies, nutritional therapy, yoga, and more. If you or someone you know is struggling with substance abuse or eating disorders and seeing addiction treatment services, please consider giving us a call today and start building your foundation for success. Our Orange County recovery center accepts individuals from across California and the United States.

Was this article helpful? Follow our blog for more information about substance use, addiction, and recovery. Recent posts include topics such as the power of therapeutic myth and humility in the big book.

Kratom And Alcohol: The Dangers Of Mixing These Substances