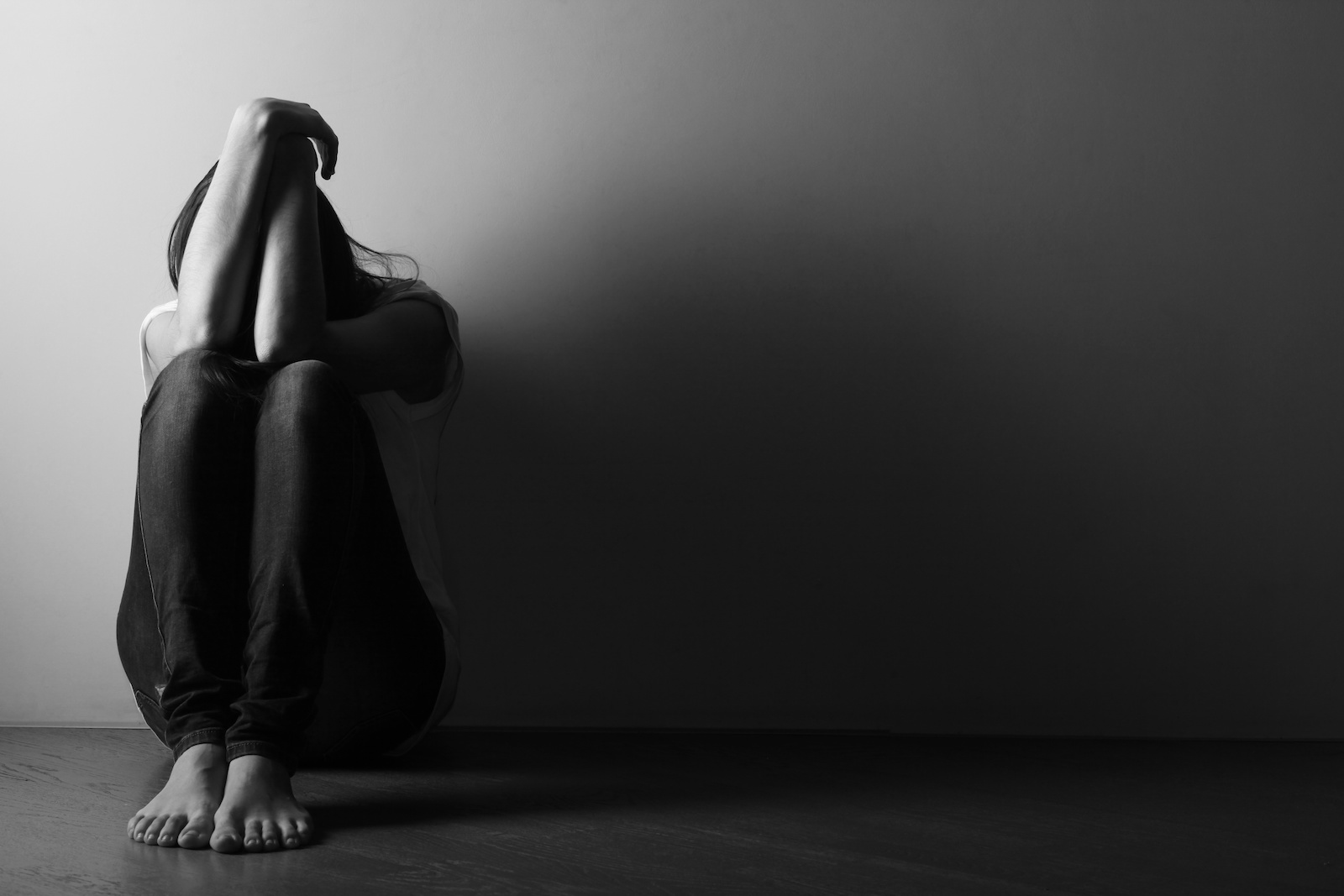 Cocaine is a popular party drug in the United States due to the feelings of euphoria and high energy the user gets upon ingestion. Because it makes people feel good, addiction rates are getting higher as the years go on. The unfortunate truth is that cocaine overdose deaths are rising, with more than 19,447 deaths in 2020.

A cocaine overdose is very dangerous, but if you know the signs, you may be able to save a life by getting a hold of emergency services quickly enough. Symptoms can include increased heart rate, extreme anxiety, sweating, and more. In addition, there are several more signs to keep an eye out for.

What Are the Signs of a Cocaine Overdose?

If you think you or someone else is having a cocaine overdose, it’s crucial to call 911 immediately. Cocaine overdoses often lead to serious issues, such as heart attacks and strokes. To get help immediately, you should be fully aware of the signs that indicate someone is overdosing on cocaine.

There are many physical overdose symptoms, which include:

You will probably notice psychological signs as well, including: Overdosing Isn’t the Only Risk

Since cocaine is largely seen as a party drug or a social drug, it is commonly used in social settings where other drugs are being consumed. In some cases, this can be something as seemingly innocuous as alcohol or nicotine, but it can also include all types of illicit street drugs and even illegal or misused prescription drugs.

Even when an overdose doesn’t occur and when the user continues using cocaine, there is the possibility that they will eventually mix cocaine with another substance. This can be seen as one of the ongoing risks of someone living with polysubstance use disorder, where multiple drugs are used simultaneously, sometimes with competing or opposing effects.

One example would be combining cocaine with any powerful central nervous system depressant like alcohol or heroin. The user will eventually reach a point where they have the desired ratio of alcohol or heroin versus cocaine in their system, at which point they will commonly stop taking both. The problem happens when one wears off while the other is still active in the body.

If the user is taking cocaine and alcohol, drinking more alcohol could be masking a potential overdose of cocaine. If the alcohol wears off first, it could cause cardiac arrest. Just like if the cocaine use contributes to masking a potentially serious case of alcohol poisoning, and the cocaine wears off first, the alcohol content in the user’s blood could send them into respiratory depression, coma, or even cause death.

This common mixing of drugs is incredibly common in some circles and has caused the deaths of countless celebrities. Cocaine is one component that is often seen in the most serious or fatal combinations that are abused.

Side Effects of a Cocaine Overdose or Addiction to Cocaine

Many people who try cocaine do not end up with an addiction. Several factors determine whether or not someone develops a dependency. Those that use this stimulant will experience a fast peak, with effects that wear off equally quickly. When the comedown happens, the most common side effect is fatigue.

One of the biggest factors in whether or not someone develops an addiction to cocaine is how pure the cocaine they’re using is. If it is being purchased on the streets, you never truly know what you’re getting. Cocaine is often cut with other substances that resemble cocaine in one way or another, whether it be the taste, look, or feel. Common substances that are added to cocaine include benzocaine, levamisole, pseudoephedrine, or caffeine. In some cases, the cocaine is cut with other drugs with their own risk of addiction, such as methamphetamine and amphetamine.

Those that use cocaine experience euphoria, overconfidence, alertness, talkativeness, and excitement. Best known as a party drug, cocaine is especially popular among those that want to come out of their shells. Cocaine’s popularity and rate of addiction come partially from the addictive nature of the substance, but addiction also happens when individuals end up enjoying the high.

The duration of the high and effects are influenced by the purity of the cocaine and how it was consumed. When snorted, the effects last about 15-30 minutes. A more intense high comes from injecting and smoking cocaine, but the effects only last 5-10 minutes. The method that most often leads to overdose is an injection, although all ingestion methods can result in overdose. It’s difficult to predict whether or not an individual will experience a cocaine overdose, but overdoses can happen to anyone, whether you’re a regular user or it’s your first experience. Overdoses are much more common in those that frequently use cocaine, especially if they use it in conjunction with other substances. Cocaine is classified as a Schedule II controlled substance because there is a higher chance of misuse, physical dependence, and psychological dependence. Cocaine toxicity develops in 3 stages, beginning with stage 1.

This first stage often includes shifts in behavior or mood. Someone in the beginning stage of cocaine toxicity can easily become confused, paranoid, and, potentially, violent. This can make them a danger to both themselves and others.

Stage 2 becomes more dangerous and unpredictable, with overdose symptoms including:

Increased heart rate, blood pressure, and body temperature are common and can become problematic, leading to seizures and respiratory and cardiac issues.

When individuals reach stage 3 of cocaine toxicity, they could experience:

At this late stage in the overdose, emergency medical attention and resuscitation measures are needed immediately, as the individual’s life is in danger. With symptoms such as organ failure, unresponsiveness, and seizures, there’s a chance that those who survive an overdose will be left with long-term effects, including ongoing medical care or therapy.

Because the cocaine high sets in rapidly, it’s no surprise that cocaine toxicity can quickly lead to an overdose, so it is essential to seek help from medical professionals immediately. Things become even more dangerous if the overdosing person also abuses other drugs.

Other Indications Someone May Be Addicted to Cocaine

Once someone has been using cocaine routinely, even for a short time, there will begin to be some changes not only in the way that the person looks but also in their behavior and performance in the academic or professional world. Often the first indicators of addiction will be a growing lack of attention to personal hygiene or appearance. This can look like showing up to work in dirty clothes or constantly having a disheveled appearance, even a sudden weight change.

In addition to the physical signs, there are also very often signs that the user has lost interest in activities or pastimes they have previously enjoyed. This can also manifest as the user changing their social circles to more easily accommodate the buying and usage of substances like cocaine.

It sounds cliche, but it happens all too often. When someone gets into cocaine, they start getting “cocaine friends.” These people are commonly found buying cocaine from the same person or people, or showing up at the same parties, sometimes only building relationships with people for the drug use in their periphery. They will often give up hobbies, activities, sports, and social engagements in favor of cocaine use.

If you have developed a habit of using cocaine in your day-to-day life, getting the help you deserve to detox and recover as smoothly as possible is important. Withdrawal symptoms are uncomfortable, but detoxing from cocaine can be particularly challenging for a heavy user.

For those with a history of heavy cocaine use, handling the withdrawals alone can be taxing. Reaching out to talk to a professional can help you manage the symptoms, making the experience much more comfortable. In addition to detoxing your body of the drug, working with a counselor on the mental and emotional triggers behind your cocaine addiction helps you stay on track. You’ll learn better coping mechanisms, allowing you to face tough challenges without relapsing. Once you take the initiative to get professional help with your cocaine addiction, you can start the next chapter of your life. Contact Ocean Recovery to get started today.