How Long Does Withdrawal Last? Side Effects, Timeline, & How To Detox Safely

Addiction is a serious issue, especially when it comes to drugs. Addiction is often classified as a chronic disorder characterized by relapses, drug-seeking behavior, and continued drug usage despite long-lasting and harmful consequences. Drug addiction can also cause permanent and long-lasting changes in a person’s brain.

Addiction is both a mental illness and a highly complex brain disorder. Addiction occurs in the brain’s reward center, developing through different mechanisms better evolutionarily designed to draw us toward beneficial things. However, our evolutionary path did not take drugs into account.

Drugs corrupt our reward center and disrupt our brain’s chemical balances, creating addiction. The reward center of the brain is what releases the naturally occurring chemical dopamine. Dopamine is one of the chemicals in the body that helps to create the feeling of happiness. Dopamine is also responsible for conditioning our behavior to return to the things that release dopamine and make us happy.

Our brains condition us to do this because it helps to keep us doing things that are good for us. However, drugs unnaturally interact with our brains, resulting in the body releasing more dopamine than necessary while preventing the re-uptake of dopamine already in the body, resulting in a supercharged amount of dopamine in the body. This creates a chemical addiction in the brain.

How Long Does Withdrawal Last for the Most Common Drugs? Timeline & Side Effects of Withdrawal

Almost all drugs have at least some form of withdrawal. Depending on the drug and the amount of time the user has been using the drug, withdrawal can be extremely intense or not so bad. Most of the “harder” drugs give the user a stressful, physically intense withdrawal time that lasts much longer than other drugs. Withdrawal occurs because the body has become dependent on a drug to function, so it begins to struggle to function once the drug begins to leave the body. Most withdrawal symptoms are a trifecta of three different factors. These factors are physical, emotional, and mental. Many of which can become dangerous if they are not managed.

Addiction is a physiological dependence on the substance, which is why there are physical, mental, and emotional symptoms and not just physical symptoms.

Withdrawal hits harder for people who quit hard drugs “cold turkey,” meaning they stop taking the drug without tapering it out. This is because the user’s body struggles to find homeostasis as the drug it has become dependent on begins to leave the body.

That can lead to brain chemistry disruptions and severe mental and physical consequences.

The withdrawal time can become lethal for some hard drugs such as meth. In addition, extreme dehydration can occur due to the body flushing out the toxins and the other symptoms affecting their health. The other symptoms include paranoia, delusions, and occasionally seizures.

For drugs with withdrawal symptoms, including seizures, there is a risk of death as well. Seizures can prove to be fatal in many harder drugs and alcohol withdrawal.

Opioid withdrawal symptoms are rarely deadly. However, they are incredibly intense and unpleasant. Although the symptoms are painful, they are not lethal. However, they pose a huge risk for relapse and the following overdose occurring from the relapse. This risk can be mitigated through medical professional support.

The risk of overdose is much higher when the user has been clean for a long time and relapses. The user will often relapse to the same dose they had been taking when they decided to quit. This is the dose they were tracking when their tolerance was at its highest. Once they have quit, their tolerance goes back down, so the higher dosage can quickly become a lethal dosage.

Most drugs have a withdrawal timeline of a few weeks to a few months. There are also a variety of symptoms that can persist or be dangerous for years after a drug addict quits drugs. These are the long-term symptoms of drug use that can lead to cardiovascular disease, lung damage, liver damage, kidney failure, brain damage, and severe negative implications on a person’s behavior and personality.

The most common symptom that comes with all drug withdrawals is the craving for the drug. Drug cravings can happen with any drug, from marijuana to ketamine to cocaine. It does not matter what the drug is. If it has an addictive quality, it has the potential to make a person crave the drug for years to come.

Here is a breakdown of some common drugs and their withdrawal timelines:

Alcohol: Alcohol withdrawal will appear several hours after the last drink and then last 24 to 72 hours after. Delirium tremens can occur 48 to 72 hours after binge drinking stops and can last up to 8 days, although it is typically shorter.

Benzodiazepines: Benzodiazepines include drugs such as Valium and Xanax. Withdrawal from benzodiazepines can begin 24 to 96 hours after the last use. Withdrawal symptoms generally peak within the first 2 weeks. For some people, particular symptoms of withdrawal can last for months or even years if not treated properly.

How Long Does it Take to Get Addicted to Drugs & Start to Experience Withdrawal Symptoms when Detoxing?

The time it takes to get addicted to a drug depends on the drug itself. Some drugs have lower addictive qualities than others, but it is safe to say that with prolonged use, any drug is likely to cause an addiction.

For some drugs like cocaine and meth, only a few uses are enough to cause a significant addiction. For drugs like marijuana, a person can often use the drug a couple of times and not feel addicted.

Any person who has been taking a drug consistently and habitually for several weeks or months and feels ill or empty if they do not get their drugs is most likely addicted to the substance.

The same goes for alcohol. While alcohol is not as addictive as cocaine or heroin, it can still become a problem for many people. Drinking to the point of extreme drunkenness or drinking to the point of memory loss consistently for several weeks or months is a sign of a substance abuse problem with alcohol. Having a couple of drinks a week or even one drink a night is usually not a sign of an alcohol problem. Many people enjoy alcohol recreationally and are not addicted to it.

Again, the withdrawal symptoms will feel different depending on the type of drug, the amount of time the person was using the drug, and the extent of the substance abuse. 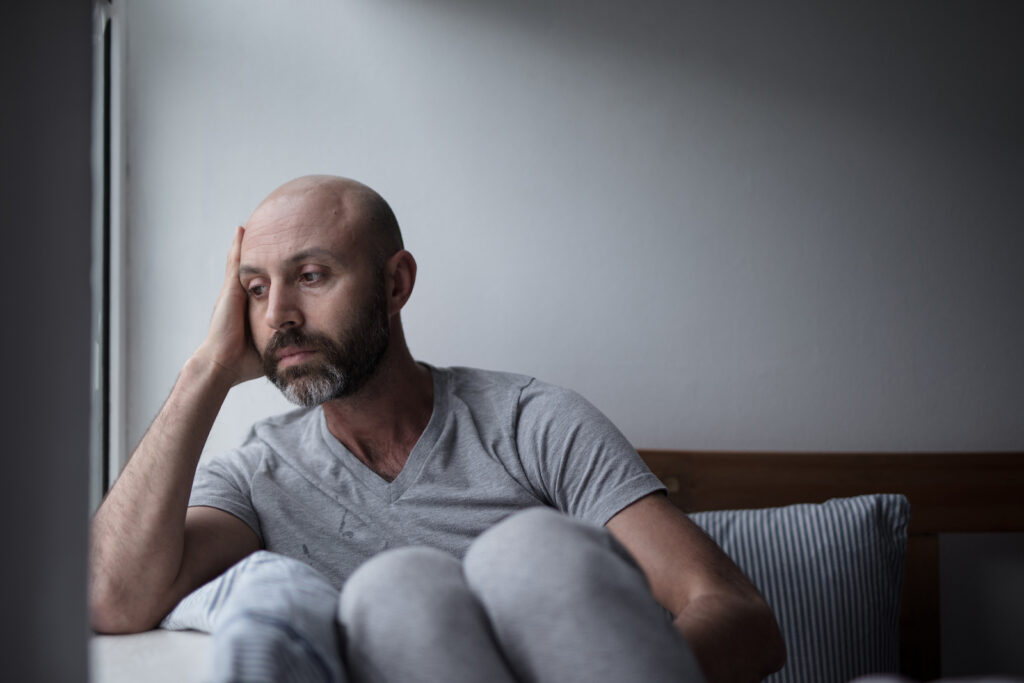 These medications can help prevent a person from falling into psychosis, extreme anxiety, or depression, prevent delirium and hallucinations, and generally keep a person feeling more comfortable. While there is no magic medication to cure all withdrawal symptoms, medical help is one of the best ways to mitigate the symptoms.

It is also highly recommended that you reach out to a premier drug/alcohol detox facility to ensure a safe and successful detox from drugs. This will increase your chance of having long-term sobriety while also giving you the most support and encouragement you need in the beginning stages of recovery when the craving is the most intense. So reach out today to get started on that path to a better and more fulfilling life immediately.

1. Abuse NI on D. How is methamphetamine different from other stimulants, such as cocaine? National Institute on Drug Abuse. Published –. Accessed July 27, 2022. https://nida.nih.gov/publications/research-reports/methamphetamine/how-methamphetamine-different-other-stimulants-such-cocaine